It’s hard to put this in words because its always in my head but I feel like a failure, I have a great idea and entire structure for a novel but I can’t seem to start it, I have the option of having friends but I can’t seem to reach out, I have the option to get married but I’m terrified of being surrounded by people, and I write on this blog but I think everything I write is garbage.

END_OF_DOCUMENT_TOKEN_TO_BE_REPLACED

I went to the doctors on Tuesday this week to find out our options towards having a baby, as I was waiting in line to check in I saw a toddler crying at the door out of the waiting room, his grandmother had gone into her doctor’s appointment, and he was upset about it. As I looked at the toddler I felt a rush of happiness, for a moment I forgot that he was the same age as the child I could have had.

END_OF_DOCUMENT_TOKEN_TO_BE_REPLACED

Listing all of my symptoms are starting to make me scared,

As I wait for my tribunal I am feeling unprepared,

The assessor makes them twisted.

END_OF_DOCUMENT_TOKEN_TO_BE_REPLACED

This is very hard for me, my mother basically raised me and looked after my blind Father at the same time. He was let go from work about a year after I was born, money was always tight during my entire childhood, and I was very much aware of it. For Christmas, I wouldn’t ask for much after I found out in Primary four that Santa was my parents, and I never expected anything on my birthday.

END_OF_DOCUMENT_TOKEN_TO_BE_REPLACED

I usually only get out about once a week, I’m so petrified of being around people, I could say it’s because of my abusers, but it’s not. When I go out I always have a panic attack, the loud noises, or busy crowds are a no go, and I only ever go out on a weekday as it is very quiet with most people working.

END_OF_DOCUMENT_TOKEN_TO_BE_REPLACED

You hold me back from life,

You show me glimpses of the knife,

That hung above my head,

When I wished that I was dead.

END_OF_DOCUMENT_TOKEN_TO_BE_REPLACED

“She gave me life by taking away the life I had to give,” – Me just now.

I’ve spoken about why it’s very hard to talk my second Miscarriage here, but if you don’t know it caused Trauma and I nearly died. The quote above just popped into my head as I was trying to get back to sleep after being awoken by the cat that wanted a cuddle. My anxieties about another matter have once again been keeping me up and today I am exhausted in a very different way than I was yesterday.

END_OF_DOCUMENT_TOKEN_TO_BE_REPLACED 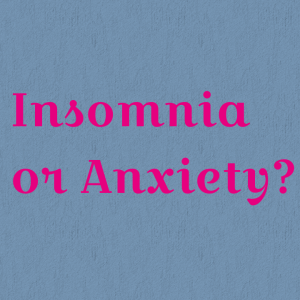 I don’t usually post during the middle of the night, last week all I did was sleep, but for the past two nights I’ve tossed and turned with the best them. I just seem to have so much overwhelming stuff going on right now, I’m staring down the barrel of grief, I’m recovering from a traumatic event I had a year and a half ago, I’ve been given a date for a tribunal against my PIP decision which has, in turn, caused money issues, and I’ve reported my landlord for the poor state of repair that this house has given me.

Right now it feels like it would be easier to tell what I’m not worried about!

END_OF_DOCUMENT_TOKEN_TO_BE_REPLACED

Life does as it pleases,

Every day is the same,

I always take the blame.

The Abuse was my fault,

The Rape was my fault,

The Miscarriages were my fault,

The Breakdowns were my fault.

END_OF_DOCUMENT_TOKEN_TO_BE_REPLACED

Two weeks ago I deactivated my Facebook account, after my second miscarriage it hurt me to look at my friends and family with their babies and pregnancies. This time I deactivated it right away, all because it made me feel so much worse last time, and it’s given me time to grieve. For the first time, I’ve stopped comparing my life to those around me.

Maybe it’s just a coincidence and it was the third miscarriage which made me stop comparing, but I really don’t think it was. Facebook has a way of making me obsessed with everyone else, it hurts my anxiety to the point where I’m crippled because my life hasn’t turned out the way that everyone else has.

I understand that it’s all bullshit, no one really talks about there actual life, they just show the good parts of it. I understand the pressure of trying to make my life look perfect, even forcing myself to go places just because everyone else is doing it, which in turn hurts my mental illness as I force myself to look normal.

But I’m not normal, why would I even want to be normal? I’m quirky, I joke around a lot, and to other people, I may actually be weird. But I am me, unapologetic me, and Facebook makes me want to apologise for who I am. It makes me want to put a face on, pretend to be perfect, but it’s completely wrong.

I should be celebrating my individuality, that quirky girl who talks about her problems, writes, crafts like mad, reads, is a geek, and always has a kind word for other people. The girl that’s had a hard life, but doesn’t let it stop her, after facing abuse she still lets herself be open and vulnerable around other people because that’s who I am.

I believe the best in people, it may make me a target (it has made me a target), but I shouldn’t apologise for seeing the good in the people around me, even if they don’t understand what trauma does to a person, or talk behind other people’s back. It shouldn’t make me feel like I have to be a different person.

My other half always says I wear my heart on my sleeve, that everyone takes advantage of me, and he might be right. But that doesn’t mean that I can’t be myself, it shouldn’t make me want to hide from what is real, or who I really am. I want to live in a world where everyone shares everything, warts and all.

A world where I don’t have to live up to perfection because I had enough of that growing up, I want to live in a world where flaws are appreciated as individuality, not something to hide from, and that world is definitely not available on Facebook. It’s definitely not going to change to reflect real life.

Maybe we have to understand that and stay away. But there are good things about Facebook, due to my mental illness I’m not allowed to see my niece too much, and I have to deal with that. On Facebook I can now be part of her teenage life, comment on her posts, and talk to her through messenger.

It isn’t right that I’m not in her life, I’m no good at confrontation to fix it, but I can show that I care through Facebook. It’s not perfect, it’s not the life I imagined when she was born, but it does make me feel included in her life. I can also contact close family who live thousands of miles away from me, without Facebook I would never really talk to them besides the odd email, and I’m thankful for that.

But the bad outweighs the good for me right now, I might go back in a few weeks or I might just end up staying off it.

Back to top
The Lady Prince
Create a free website or blog at WordPress.com.