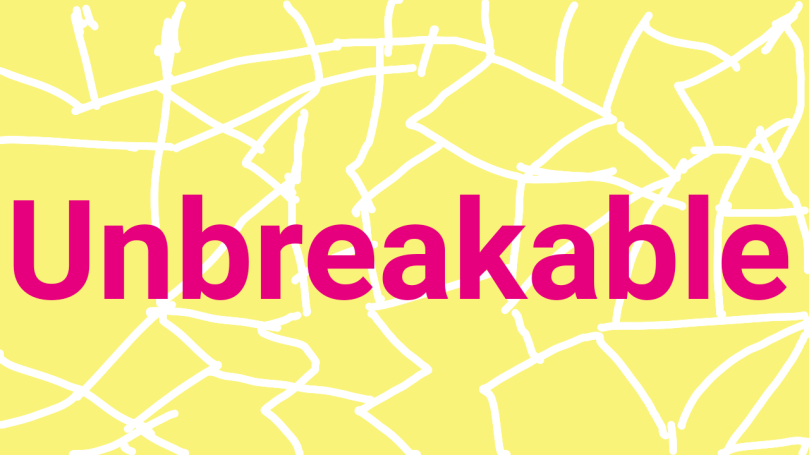 I’ve been thinking about this concept for the past few days, it may have to do with my rewatch of The Unbreakable Kimmy Schmidt in anticipation of its finale, or the much-anticipated sequel to the film, but are people really unbreakable? What does it say about us (myself included) who feel rather broken, are we to learn from those moments, should we really strive to be unbreakable?

To be honest, I would absolutely love to think of myself as unbreakable, the woman who refused to break after abuse, rape, recurrent miscarriage, and poor mental health. But I’m really not, I’ve struggled to remake my broken shell on a number of occasions, and although seeing myself as being unbreakable appeals to me very much, it also takes away from my struggle.

Yes, I went through absolute shit and I’m still here, in a way I guess I am unbreakable, but it’s never as simple as that. When I was younger I was so eager to get out into the world, to see everything, and be like Indiana Jones on yet another adventure. But then life became an absolute struggle, that adventurous person became an actual shut-in, who just locked her jaw thinking about the outside world.

I have been in therapy for over a year but in a way, it is like trying to climb a mountain during an avalanche, just when you think you’ve made a breakthrough you find some other thing you have buried. Recovering is really hard, we need to be more than unbreakable, we need to glue ourselves back together piece by piece.

We may lose some of what we once were before, it needs to be ok for us to learn from our trauma, to live with trauma, and be different for it. Yes, it’s nice to stand up and say, “I am not broken, you did not break me,” but would it be better to say, “I was broken, but I survived.” I feel like a better person for everything I’ve been through, I am stronger for it, and I know I can survive anything.

I like to write stuff but I mostly focus on Mental Health and Poetry, I can occasionally be seen hugging my cat.