Today I had to take my cat to the vet to have his annual booster jag and his six monthly health check. Every time I go into the vets I always assume the worst is going to happen as if my cat is going to die on the table, but he didn’t. He was absolutely fine, just needs to go get his teeth cleaned in a few weeks.

This means he’s going to be put under an anaesthetic for the first time in his almost nine years on this earth, I am getting rather anxious again just thinking about it but I am thankful he’s not had to be put under in his time with us. We got him from a shelter about eight years ago, he’d been abandoned in a house, and left to die.

He was so tiny and underweight when we got him, he was constantly hungry and right in your face about it. He was also rather sick and was on medical cat food. My partner talked me into it, insisted actually, he was my Christmas present that year, and the best one I have ever gotten. I have no idea why his old owners could have abandoned him.

But ever since he’s been such a healthy cat, he’s rather huge now, not technically overweight because of how long he is but he is huge. I’d like to think it’s because we’ve cared for him too much, he’s only ever had a tiny cold at the most, and I should be proud of that. We’ve taken such good care of him that he’s never been sick again, and is the strongest cat I know.

I feel horrible about him going under, I would take the injection for him if I could, but I honestly feel better about it knowing its just for little teeth cleaning and then he will be back to normal after then. I don’t even want to think about the risk factors right now, we could be so much worse off, and I’m so happy he passed the rest of the visit with flying colours.

Today I also have a child’s birthday party to go to, I am so bloody anxious about that too, I kinda have to go as its family, but I don’t really want to have to deal with children and parents I don’t know right now. This was the only vet appointment I could get which my partner was present for, otherwise, I would never have filled up my day like this.

I am tired already and it’s not for a good few hours yet, being surrounded by people is not how I wanted to end this day, but I am going to do it because I have to push myself. I will push myself even harder if I have too, and I will make sure to look after myself tonight; face mask, foot spa, Harry Potter, takeaway, comfy blanket, and my rather giant cat. 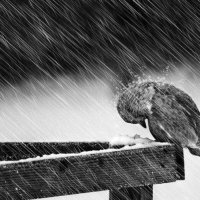