I went to the doctors on Tuesday this week to find out our options towards having a baby, as I was waiting in line to check in I saw a toddler crying at the door out of the waiting room, his grandmother had gone into her doctor’s appointment, and he was upset about it. As I looked at the toddler I felt a rush of happiness, for a moment I forgot that he was the same age as the child I could have had.

When that realisation came to me I felt sad but by instinct I touched my belly, then I came to the realisation that that child wasn’t in their either, and for a brief moment I felt as sad as I did when the midwife told me there was no baby during an early scan; I looked away and that was when I saw her.

A woman with blonde hair in her forties, you see everyone was looking at the cute toddler but she was looking at me, when our eyes met I knew she understood exactly what I had been thinking, and that she was sorry I’d gone through that. By that look, I knew she’d been through baby loss and I gave her an understanding smile.

By the time I was seen by a receptionist (flu shot season) that lady was gone but her kindness stayed with me, thankfully because I waited so long in line the doctor saw me right away, and I went to discuss our options following three miscarriages. This part was a bit of a disaster though as it turned out the midwives had not sent over the test results following my second miscarriage in 2016.

As the doctor didn’t know what tests where done she couldn’t give me any choices, this made me fall into an even deeper depression, and I spiralled out of control. I was able to keep it together until later though, but not having a plan in place did not help, and I just felt that it was never going to happen to us.

I did find out something interesting though, IVF isn’t offered in Scotland until two years of trying, as myself and my partner seem to be able to get pregnant pretty quickly it turns out we have another year of trying to go until we have that as an option. I’m totally defeated by this fact, because it could mean at least three more miscarriages.

I want more tests, but that’s looking like less of an option, and I’m defeated. 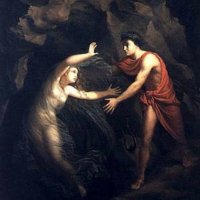 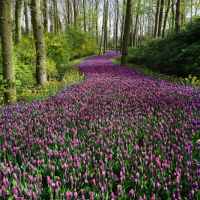