The floor seemed to sparkle beneath Alices’ heels, “Everything is finally going my way,” she told herself as she picked up a bag of oranges, “Soon I’ll have someone to do this for me.”

As she passed the other customers she began to feel a smug superiority, “They all act like zombies in this dimly lit environment.” she thought as she walked by a very tired-looking man.

Suddenly she felt a cooling breeze as she entered the frozen foods aisle, “I really wish I had a cardigan,” she thought as she picked up her usual non-fat ice cream.

The cold starts to get worse but Alice is too busy with her own thoughts to notice, “I wonder who my new personal assistant will be,” she thinks just before a crackling noise makes her jump.

Alice looks above her, “It looks like ice but it can’t be,” and she continues her food shopping. Just as Alice touches a bag of frozen peas it begins, her hands have suddenly become frozen, and the ice cracks overhead as she is pulled into the freezer.

Five minutes later Alice appears back where we left her, she doesn’t appear to be harmed but she does look very tired, and she walks very slow. She continues to do her shopping and when Alice is done she goes back to her car, not thinking, not talking, not breathing.

I started doing a free online fiction writing course, this was an activity to write a few paragraphs about a woman in a supermarket who just received a promotion, and a prime example of the story which wrote itself. 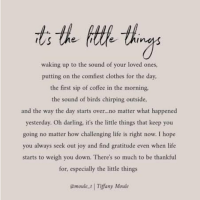